I was the keynote speaker at The Alfred Literary Festival, held at Alfred University on May 2010. It featured readings by poet Jim Shephard and fiction writer Rahul Mehta. My reading was the final reading and these are my introductory remarks:

In 1927, in his seminal work, a collection of lectures on the novel called Aspects of the Novel, writer EM Forster said, "In daily life, we never understand each other, neither complete clairvoyance nor complete confessional exists. We know each other approximately, by external signs, and these serve well enough as a basis for society and even for intimacy. But people in a novel can be understood completely by the reader, if the novelist wishes; their inner as well as their outer life can be exposed. And this is why they often seem more definite than characters in history, or even our own friends; we have been told all about them that can be told; even if they are imperfect or unreal, they do not contain any secrets, whereas our friends do and must, mutual secrecy being one of the conditions of life upon this globe."

In 2010 I don't think novelists want to reveal all of the secrets of their characters. We know that it's important to withhold almost as much as we reveal. In this way, we create surprise, build tension, increase narrative momentum, those aspects of the novel that keep the reader turning pages.

But also, we have a different relationship to life now. We know we can't know it. We know how very small we are, how very insignificant. We know that life is time and that time never stops. When Frank Sinatra, having left Ada Gardner, gazes down at the naked body of Lana Turner reclining in her bathtub in Jim Shepard's poem, he says, "Nothing stays the same for very long."

And because nothing stays the same for very long, we need literature. It's all moving past so quickly and it's so complicated. Reading fiction and poetry gives us the chance to stop and catch our breath. Fiction and poetry can freeze movement in the same way painting, ceramics, photography, and sculpture freeze movement. Like the visual artist, the poet says here, look at this, right here, this is the thing I want you to experience. But, and here's the difference, the writer, unlike the visual artist, can freeze a moment within the trajectory of the narrative. We create moments of stillness within the inexorable progression of time that exists both outside the frame of the story, and within it.

In the year 2,000 I was having breakfast with my eighty eight year old father at his favorite diner in Manayunk and looking out of the window that was next to the booth, looking across the table at my father, seeing the salt and pepper shakers, the packets of jam, the dish with butter pats, the plates and cups on the table, his favorite waitress… I thought to myself, this seems so ordinary now, but when my father is gone it won't seem ordinary at all, so I'm going to remember it. And very deliberately, I studied the details and committed them to memory. But I lost it. That morning at Bob's diner on Ridge Avenue in Manayunk, a dense Polish neighborhood in the city of Philadelphia, is gone. The only way I can get it back is to write a story that will take me to that place. Because that's what stories do, they take us to a point in time that the author needs to tell someone about. They recreate a moment of stillness. Not understanding, because really, how can we limited beings understand, but stillness, a point we can hold in our hands and know.

If you were here for Rahul's story last night you will recall:

The crows hopping on the grandmother's counter
The salt shaker shaped like the empire state building that the street boy thrust into the narrator's face.
The narrator standing in the laundry and crying on the red international telephone
And you will remember the final image the story took us to: two men, each on their separate continents, doing head stands.

Because fiction stops time and inserts stillness within life's narrative thrust, it gives us a chance to feel, to feel deeply, to feel deeply what it is to be someone who is not us.

As Jim Shephard said last night in his introduction to one of the poems, "The I is a tough place to be." Fiction and poetry give us a chance to shuck off that I for awhile.

But I think it's even more than that. Reading literature is a political act.

The world has changed since that morning in 2000 when I sat at Bob's Diner across from my father. It's become divisive. The fundamentalists, the progressives, The Koran, The Torah, The Bible, the Republicans, the Democrats, the liberals, the conservatives, urban America, rural America, …. all of these labels erect walls between us and make it impossible to see beyond the ideology. It's ugly; sometimes it's lethal.

The word is empathy.
I want to say it again.
Empathy. Literature allows us to become the other. The poet, the fiction writer takes us by the hand, walks us outside of the boundaries of our own minds and bodies , these imperfect houses we inhabit, and gives us the possibility of seeing the world through another window, another doorway. In literature, we can enter the house of the other again and again. 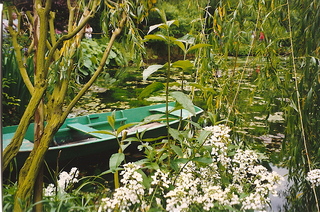 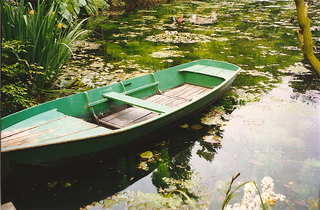