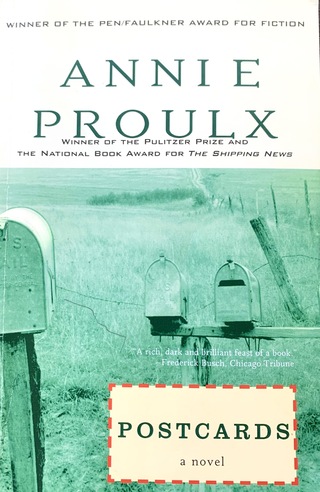 Lately, I've been thinking about novels that have two narrative lines, one central and one peripheral.  It came to my attention while I was reading Scott Spencer's, A Ship Made of Paper, a novel about an affair between a white lawyer in a small town who is all but married to the woman and her young daughter that he shares a house with, and a very married African American woman, living in the same town, who has a child his daughter is friends with.   Of course, an illicit affair is a fairly pedestrian subject for a novel, but this one is spiced up by the unorthodox choices Spencer has been making in his recent books.  In his new novel, An Ocean Without a Shore, we are asked to believe that a white, presumably straight author can write about a closeted gay man's life-long attraction to his old college roommate.  I did believe, and furthermore, I hold that writers should give free rein to their imaginations, no matter how vigorously the publishing police try to establish rules.  In A Ship Made of Paper Spencer writes about an interracial affair, successfully inhabiting the point of view of his black characters.

But that's not really what interests me here.  Rather, it's this business of two narrative lines.  The peripheral narrative in this novel is ongoing and linear like the central narrative, but it's limited to a short, italicized section at the beginning of each chapter.  These sections narrate an event that will take place much later in the novel when the lawyer and the husband of the woman he will have an affair with are wandering through the woods together during a party, looking for a blind girl who has gone missing.  It's a brazen fast-forward into the future the reader will eventually reach two hundred pages later, and what it does, is instill curiosity.  Who is this blind girl who has wandered away, why are these two men, one a local white man and the other a very elegant, well-spoken black man who spends most of his time in New York City, so uneasy with each other?

I admired the energy that this alternate timeline gave to the plot, creating something for the reader to look forward to.   And in the spirit of inquiry, I remembered another novel that also had what I will call "chapter tops," insertions in a different typeface at the beginning of every chapter that comment on, or sometimes contradict the central narrative.  Does anyone remember Annie Proulx's debut novel, Postcards, first published in 1992?  I read it when it first came out, and at the time, I didn't like it.  I am from that generation of fiction writers who chased epiphanies; that is, a story or novel moved me only if it showed a character struggling towards some kind of awareness or understanding that had previously eluded her.  And Loyal Blood, the protagonist of Postcards, never achieves that in his long, wandering career after secretly "offing" his girlfriend when she wouldn't have sex with him.

The novel begins moments after sexual rage has consumed him. He buries her body under a falling-down stone wall that runs along the top of a field on their farm, and in an equally spontaneous burst of energy, he abruptly leaves the family and the farm he has cared for all of his life.  Loyal crosses the country, working as a miner, a fossil-digger, drinking companion and observatory builder, and agricultural laborer.  He lives a solitary life working shoulder to shoulder with the men he befriends.   The narrator tells us "his loneliness was not innocent," and as Loyal solves the challenge of finding the next job, he ignores the more difficult challenge of that long-ago murder.

It's an American novel in the sense that he travels the entire country, looking, listening, and writing postcards to the family back home, his father Mink, his mother Jewell, his brother Dub, and his sister Mernelle.  The backs of the postcards, containing short, handwritten messages are reproduced at the beginning of every chapter.  But the chapters are short and there are lots of them and so Loyal's postcards are mixed in with postcards to and from other members of the Blood family.  All of them, except Loyal's, reflect the passage of time and the changes it brings to the family farm.  Though decades have passed, Loyal writes to the still life of the family he left so long ago in Cream Hill, Vermont.  That is when his emotional life stopped, and even in his imagination, he cannot move it forward.

As chapter-tops, the postcards are an efficient way of showing that, despite his peripatetic existence, Loyal is stuck in one place.  In addition, they initiate point of view changes as the omniscient narrator moves us into the lives of the other Blood family members.  Their lives are far more complicated than Loyal's because they are full of challenges other than mere survival: his siblings, Mernelle and Dub, find people to love and marry, and his mother, Jewell, discovers independence after years of suffering the chaos caused by her husband's rages.

The postcards at the start of each chapter are a neutral force. They instill a different kind of point of view, one that is merely an objective chronicle of the passage of time.  That objectivity creates energy.  It pauses the frenetic pace of Loyal's restlessness where "he had come around so many corners they all looked the same," and renews momentum.  In both novels, the chapter tops provide relief from the tyranny of self-defeating characters.

Now, almost thirty years later, I am more patient with Loyal's self-defeating impulse.  I am no longer such an innocent myself, which means I'm ready to accept the shortcomings of this flawed character, enjoying how his story is told without looking for the moment when his anger will lift.  It never does.